Middle East and Islamic Studies (MEIS) is the result of a far-reaching university initiative, launched in 2002, to make SF State a center of excellence in the fields of MEIS, comprising those regions of the world where Islam is one of the main forms of religious practice from the 7th century until the present.

This minor was created in 2007 with the support of then-deans Joel Kassiola and Paul Sherwin. The goal of MEIS is to encourages student to evaluate common perceptions and misperceptions of the Middle East and Muslim societies, and to develop an appreciation for the complexity of the region, and its cultures, peoples, histories, and politics. As we keep reading about the Middle East in the news, the minor helps to shed light on what led us to these current events.

Former SF State President Corrigan initiated a drive to enlarge SF State’s faculty expertise in MEIS, so that we currently have seventeen participating tenure-track faculty members across social sciences, humanities, and creative arts departments. Initially loosely organized as “MEIS Faculty Group,” we launched a cluster of courses titled "Islamic Societies and Cultures" as part of SF State’s interdisciplinary general education program in 2003. Our group slowly gained visibility beyond our classes by sponsoring lectures, brown bag lunch series, and annual topical seminars on campus. Many of our faculty members have presented lectures to audiences in local community centers and high schools.

In December of 2007, SF State's Academic Senate passed our proposal to institute a MEIS minor on campus. In April 2008, the U.S. Department of Education awarded us an Undergraduate International Studies and Foreign Languages (UISFL) Grant, so that we could enhance our MEIS minor. With the help of the grant, we expanded our MEIS curriculum with MEIS 300: Foundations in MEIS and MEIS 301: Islam, Interpretation and Practice, which now serve as our foundation classes. We also added to our existing offerings in Arabic and Persian, established a collaborative network for the pooling of MEIS intellectual and material resources throughout the California State University system, and made connections with academic institutions in the Middle East to facilitate exchanges and Study Abroad.

San Francisco State University has shown singular leadership in recruiting highly qualified and dynamic Middle East and Islamic Studies faculty. We look forward to growing this program in the coming years and being a resource to all who are interested in learning about the region and its diverse communities and cultures. 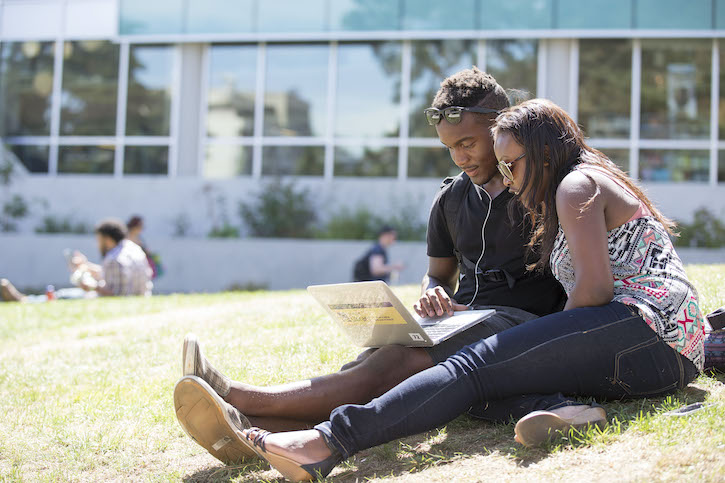