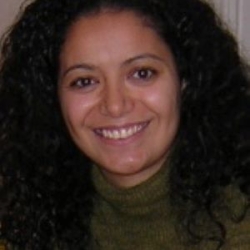 Dr. Dina Ibrahim is a Professor in the Broadcast and Electronic Communication Arts department at San Francisco State University, where she teaches Radio and Television News Production courses. She has reported for the BBC World Service Radio in London, CNN in Atlanta and Cairo, NPR in Austin, Texas, UPI in Cairo and Arab News newspaper in Dhahran, Saudi Arabia. Her research interests are in the area of American television news representation of Arabs and Muslims. Her B.A. and M.A. are from the American University in Cairo and her Ph.D. is from the University of Texas at Austin.