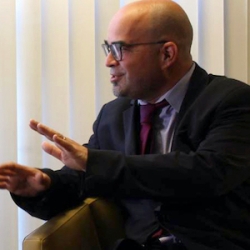 He is the author of The Jewish Radical Right: Revisionist Zionism and its Ideological Legacy and of The Origins Of Israel: A Documentary History with Derek Penslar (both published by the University of Wisconsin Press). In 2016, he published Beyond Post-Zionism with SUNY Press.  His most recent scholarly work, Projecting the Nation: History and Ideology on the Israeli Screen, appeared with Rutgers University Press in 2020. In addition to his scholarly publications, he contributed articles to Haaretz and Tikkun. At SF State, Professor Kaplan teaches courses on Modern Israel, the Arab-Israeli Conflict, Israeli Cinema, Modern Hebrew Culture and the History of Jerusalem.