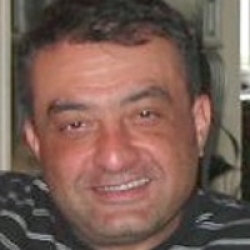 Maziar Behrooz is an Associate Professor in the History Department. He received his PhD in History from University of California, Los Angleles (1993). His areas of expertise include the Middle East, Islamic history, an Iran in the 19th century. He teaches a year long course on the History of the Islamic World, 500-present, as well as courses on Iran and Afghanistan. He has published on the Iranian Left and its role in the Iranian Revolution, and the history of Russian-Iranian relations. His book, Rebels With A Cause: The Failure of the Left in Iran, was published in 2000 and fleshes out Iran's complex political history. Additionally, he often lectures on current events in Iran at public forums.